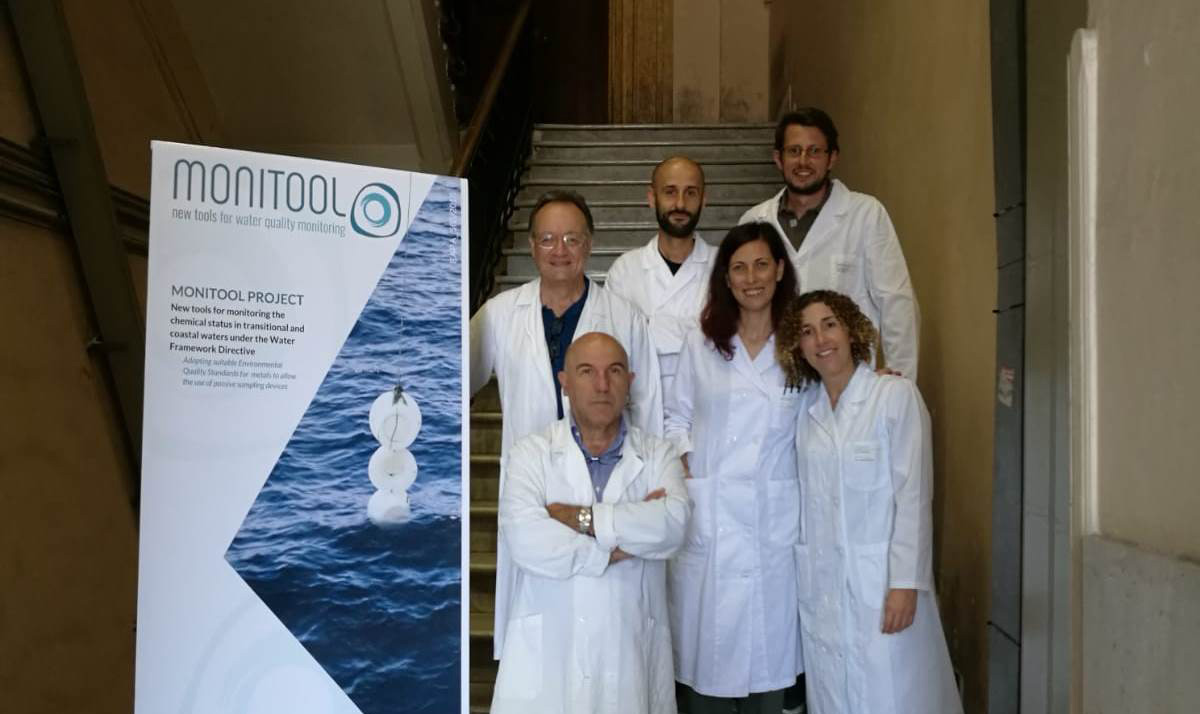 The Università degli Studi di Cagliari (UNICA; Italy) is participating in the MONITOOL project as a Partner from outside the Atlantic Region, which operates in the Mediterranean. The main tasks of this institution research group are:

- to collaborate in the development of sampling and sample handling protocols

- to perform two sampling campaigns, in wet and dry seasons

- to participate in an intercalibration exercise

Within the framework of MONITOOL, UNICA has selected four representative sampling stations in the harbour of Cagliari (Sardinia, Italy). UNICA has already carried out the first sampling campaign in March and, now, is preparing for the one in September.

In March, they deployed DGT passive samplers at the 4 stations located in the harbour, for 5 days, collecting simultaneously spot water samples. DGTs and water samples were sent, following the protocols developed in the project, to the Partners in charge of the measurement of DGT-labile (IFREMER, France), dissolved (CEFAS, UK; IPMA, Portugal) and labile metal (IST, Portugal) concentrations.

One of the outputs of MONITOOL is to promote the future application of the approach used in this project to other emerging priority pollutants. Therefore, UNICA complements MONITOOL project with the high-frequency monitoring of several stations in the harbour of Cagliari. Accordingly, this Italian MONITOOL partner is concurrently deploying DGTs and other two types of passive samplers to measure a wide range of organic contaminants (i.e. pharmaceuticals, personal care products, pesticides, PAHs, PCBs).

The dissemination of the results will be ensured by the attendance to conferences, meetings with groups interested in the contamination of aquatic systems (e.g. stakeholders, universities, research centers, economic and social agents), participation in specific working groups and publication of scientific papers.