The MONITOOL project aims to establish technical/scientific conditions to monitor existing metal contaminants in the coastal and estuarine waters using passive sampler devices. This objective is particularly important for monitoring the chemical state of these waters to further application to the Water Framework Directive (WFD) and the Marine Strategy Framework Directive. 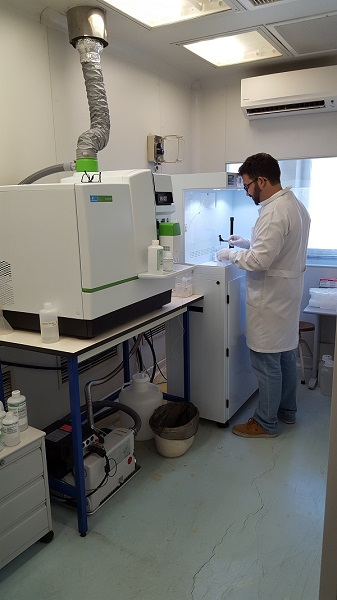 The Portuguese Institute of the Sea and Atmosphere (IPMA) was the partner responsible for the task involving the determination of the total concentration of trace metals in water using a seaFAST sampling system coupled with an ICP-MS (Perkin-Elmer NexION 2000C).

Based on the obtained results, metal levels varied within wide ranges evidencing conditions from pristine to anthropogenic metal contamination. For metals regulated by the WFD (Cd, Pb and Ni) by the EQS (Environmental Quality Standards), the higher concentrations were found in estuarine waters even surpassing the regulatory values. This pattern was also found for the other analysed elements although some high values are related with natural processes. Are example Mn and Co which are related with freshwater input and early diagenetic processes.

An exercise was performed among all partners to evaluate contamination during the sampling procedure. Adequate sampling conditions were found for Cd, Ni, Co, Cu and Mn, while for Pb and Cd and additional cleaning step is needed.