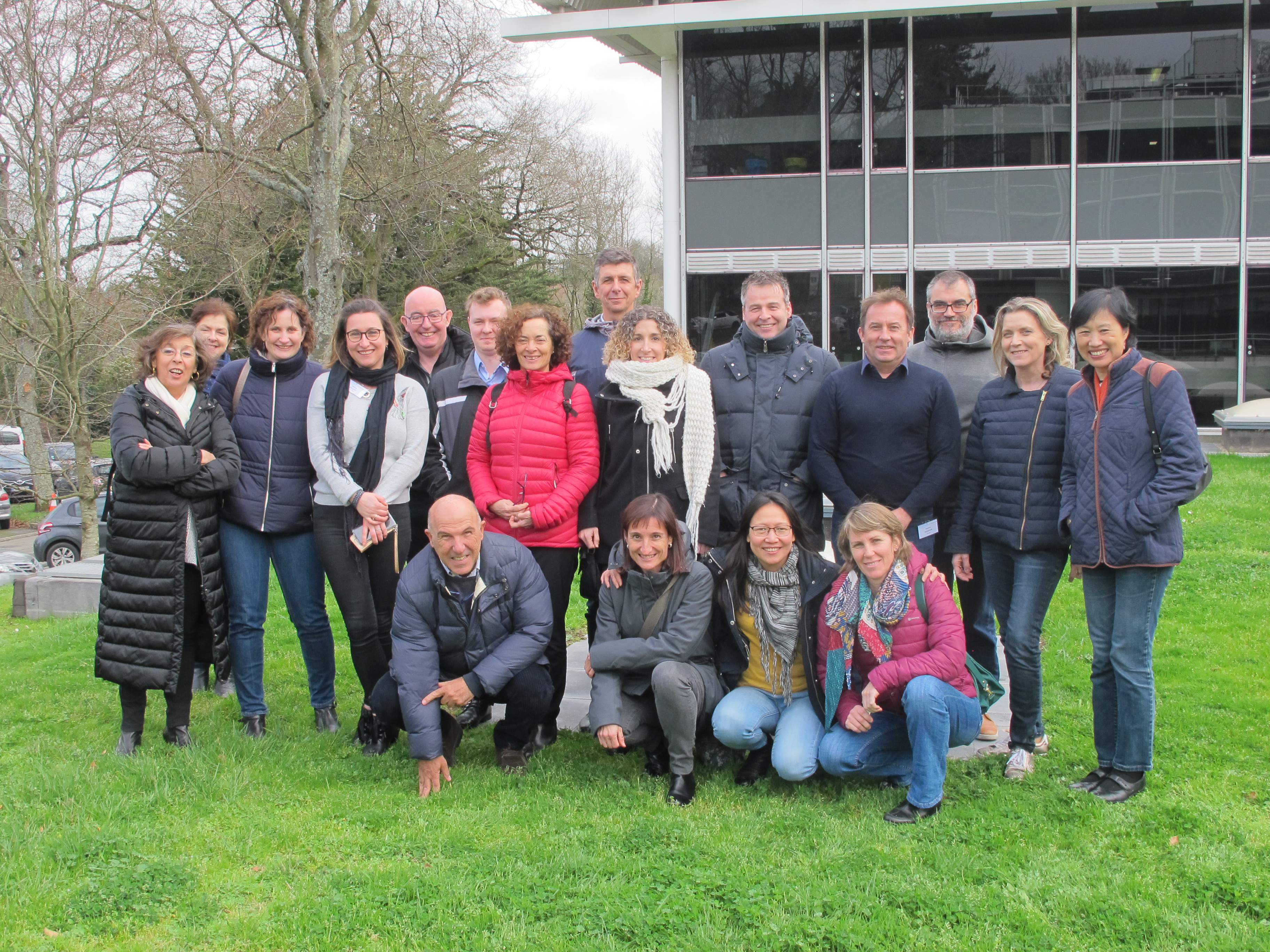 Ifremer has hosted the 5th progress meeting of MONITOOL Project, where all the partners shared the remarkable work done during the last months and showed their commitment for the next steps to be taken.

The meeting of 11th and 12th  of February was held in IFREMER facilities (Institut Français de Recherche pour l'Exploitation de la Mer)  in Nantes (France), and all the partners  were given the opportunity to share the work they had done during the last period (last meeting took place in May 2019  in Gran Canaria).

Much time of this 5th meeting was spent on the presentation and discussion of the results of two work packages: WP 4- Database Management and correlation studies (led by Fundación AZTI-Spain) and WP 6- EQS Adaptation and Chemical Status Assessment (led by IFREMER-France).

Regarding WP4, after the processing of the data obtained in the two sampling campaigns performed in the different regions of the MONITOOL-consortium, interesting outcomes were observed:

Concerning WP6, as DGT metal concentration results cannot be directly compared to marine water Environmental Quality Standards (EQS marine water), the adaptation of these EQS is essential. During the 5th meeting, two different approaches applied were presented to all partners: the first approach is to determine EQSDGT, as expected in the MONITOOL project, which can be done either using conversion factor or using simple linear regression.

The second approach does not involve the determination of EQSDGT, it consists to convert the DGTs results into ICP data using linear regression for direct comparison with AA-EQS marine water.

The suitability of each approach was discussed. This task will be further refined and completed in the following months

The main findings of MONITOOL Project are expected to be published by the consortium in several science and technology journals. In this respect, it is intended that at least four publications are ready to be published at project completion. For this purpose, during the following months, the partners will continue working on the processing of the data and looking for the more suitable journals.

The consortium is considering the continuity of the current successful partnership by submitting a joint proposal when applying to new European calls for projects. Several innovative project ideas of transnational relevance have been proposed, which will be developed as strong proposals.